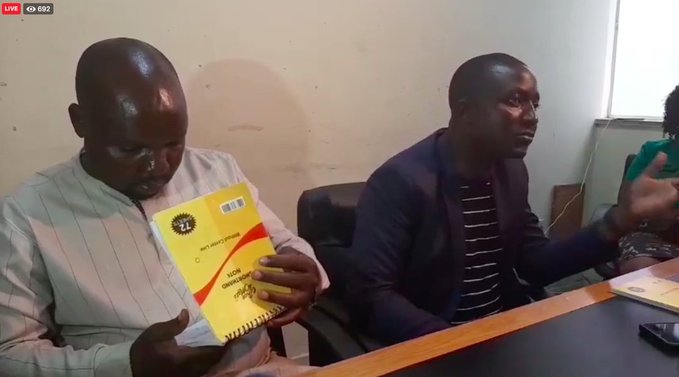 A defiant former Zanu-PF Youth League national secretary for the commissariat has vowed to continue his crusade against corruption which he declared was benefiting a few individuals instead of Zimbabwean people.

The Zanu-PF politburo expelled Tsenengamu for his continuous attack on alleged cartels and those accused of corruption—most of whom are linked to the party.

Addressing journalists after their meeting at the party headquarters in Harare on Wednesday, national secretary for administration Obert Mpofu said Tsenengamu has been expelled for indiscipline.

“A unanimous resolution was passed today by the politburo on the 4th of March 2020 at the 337th ordinary session of the politburo that the former youth secretary for commissariat Godfrey Tsenengamu be expelled with immediate effect due to his intransigence and continued disparaging of senior party members.”

Tsenengamu, together with former national deputy secretary for youth affairs Lewis Matutu accused a number of business people of being corrupt and causing the current economic crisis in Zimbabwe.

While Matutu went mute after the suspensions and an order to attend the Herbert Chitepo School of Ideology, Tsenengamu did not stop his onslaught of those he claimed were fuelling corruption.

In an interview shortly after receiving the news of his expulsion, Tsenengamu said life continues and he would not stop “fighting corruption and those who are corrupt”.

“I accept the decision that has been given by the party. I am not sure on what charges I have been expelled and I guess they know why they made the decision to expel me from the party.

“As of now, I am going to continue the fight against corruption because as it stands the economy and means of production is in the hands of the minority when it should be with the majority,” he said.

This would be Tsenengamu’s second expulsion from Zanu-PF in less than six years as he had to endure a similar treatment during the late Robert Mugabe era.

Tsenengamu was expelled for pushing that the aged leader steps down and his then deputy and now leader, Emmerson Mnangagwa takes over.