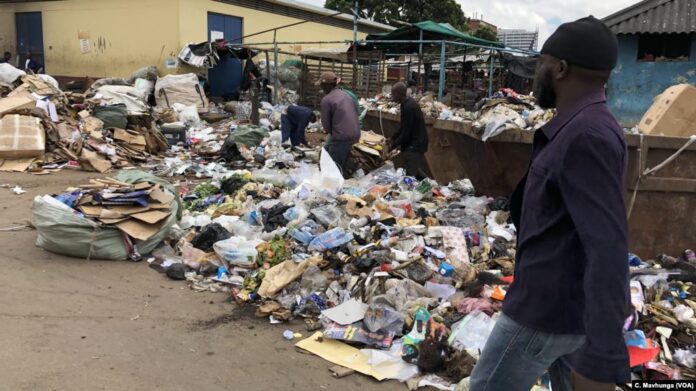 Central government and residents should shoulder the blame for declining service delivery in most of Zimbabwe’s cities, mayors from the country’s major urban centres have declared.

They said government had failed to provide adequate funding while residents were failing to pay their bills making service delivery almost impossible.

The participants were discussing issues such as allegations of abuse of office, corruption involving the sale of stands, complaints on poor service delivery and hefty salaries for council officials among other topics.

Councillor Tandi concurred that cases of mismanagement of funds in councils were happening although he said the onus to improve service delivery lay on the central government.

He further argued that local authorities did not operate in isolation hence they were also being affected by the economy which was not performing well.

“The councils are in the same way headed for failure and that as councils they were incapable of performing miracles. In the case of the City of Harare’s water problems, it is the onus of the central government to build dams for the city but nothing is being done,” he said.

Cllr Maiko said most councils were heavily reliant on government while their budgets have been affected by the hyper-inflationary environment being experienced in Zimbabwe.

“Chitungwiza was established as a dormitory town of Harare and over time, the population of Chitungwiza has grown at unprecedented levels where we have the third largest population in an urban settlement but we still do not have a source of water,” he lamented.

“One of the functions as local authorities is to provide a reliable source of water and without that we are in a fix.”

He said residents were also defaulting paying their bills leading to a severe disruption of service delivery while infrastructure such as roads were deteriorating very fast.

He said administration of roads funds should have remained with the councils instead of the Zimbabwe National Roads Administration.

“We have received, as Chitungwiza Municipality, $3m, which is less than US$40 000. How much can that money help to make sure our roads are not that bad?”

Cllr Kasipho further argued that central had to ensure a conducive environment and legislation for the council to perform their duties.

She also implored residents to honour their bills.

The City Fathers, however, denied that managers at local authorities were being paid hefty salaries adding that their officials were not being paid as much as their colleagues in other state departments.

“Local authorities are not very attractive as we are paying less than US$1 000 to our top managers despite the burden of work that they carry,” Cllr Tandi argued.

However, Cllr Gumisarai said their work was heavily affected by government policies.

“We are using RTGS but the economy is operating in the US dollar environment and in Norton when we collect $100 000 we have to convert that in US dollars to buy fuel,” he said.

All the mayors said they had forgone their mayoral vehicles preferring to use their personal cars for official duties.

They, however, revealed that they had all requested for more land for residential areas from government to offset growing number of people on their housing waiting lists.