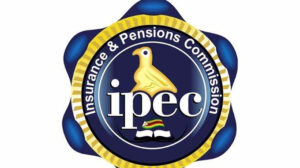 HARARE – The Insurance and Pension Commission (IPEC) has set 10 July 2022 as the deadline for eligible pensioners to withdraw their US$100 from the first tranche of the Kuvimba House dividend. Kuvimba mining house paid US$ 5.2 million in dividends with 5% paid to the IPEC commission as the government holds 21.5% of the equity.

“The Insurance and Pension Commission advises pensioners eligible to receive US$100 from the first tranche of the Kuvimba Mining House dividend, who are yet to withdraw their money to do so by 10 July 2022,” said IPEC.

The 5% proceeds from the dividend pay-out was worth US$ 400 thousand which the investment have been earmarked for compensation in respect of legacy pensions and the 2008 compensation.

Furthermore, IPEC said after 10 July 2022, available resources will be availed to the next group of pensioners and the remaining batches of pensioners shall be compensated using future dividends

In the 2021 National Budget Statement, Finance and Economic Development Minister Professor Mthuli Ncube set aside resources then equivalent to US$75 million, to be applied to the compensation of pensioners for the loss of value.

These resources were later availed as US$75 million worth of shareholding in Kuvimba Mining House as compensation to the pensions industry as Government moved to acknowledge that the 2019 currency reforms had unintended consequences on pensioners within the private occupational pension schemes.

In 2020, Kuvimba started running state-owned mines Jena, Elvington and Sandawana, after ZMDC ceded control. Kuvimba has also took control of mothballed tiger reef mine and other mines in Midlands. After the government announce that 65% of the company was now in the hands of the local interest with the remaining 35% held by private investors.