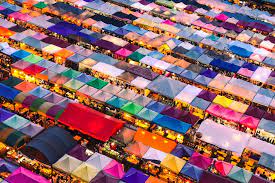 Some tax incentives introduced by authorities in the country in a bid to lure foreign direct investment are bleeding the country of the much needed revenue as they are being abused by some foreign investors.

Transparency International Zimbabwe {TIZ } acting executive director Tafadzwa Chikumbu said some foreign investors  have been operating in the country for up to 20 years without paying tax, banking on skewed laws and double taxation agreements that allows them to pay taxes back in the countries where they come from.

In Zimbabwe, all capital expenditure on exploration, development, and operating incurred wholly and exclusively for mining operations is allowed in full and there is no restriction on carryover of tax losses and these can be carried forward for an indefinite period.

Taxable income of a holder of special mining lease is taxed at a special rate of 15%.

“Provided by the law they can operate for 10 years without paying taxes;  so apart from avoidance of tax, our governments are also responsible for the non-payment of taxes because of the policies that we implement thinking that removing taxes would attract foreign direct investments yet we get ourselves into what is called harmful tax competition with other countries in the region,” he said.

Chikumbu said the government was not receiving taxes due to it because the private sector was making use of loopholes within the country’s tax framework to avoid paying any dues.

“So in that regard there is what is referred to as aggressive tax planning. This happens in several ways and that has remained a challenge for developing countries, the global South, Africa and Zimbabwe in particular,” he said.

He said most private sector and multi-national corporations were making use of affiliate companies or sister companies where they either acquired loans at very high rates or interest rates to the extent that their cost of acquiring capital became very high, reducing their tax obligations.

This is because their costs are higher and their revenues therefore, become very low and ultimately the profit which is taxable becomes very small. This is called thin capitalisation where you acquire most of your capital through loans and if you do so it is very expensive to pay and then your tax obligations are reduced,” he said.

Chikumbu said exporters were also exporting through affiliated companies where they would it get into a contract with an affiliate company, send out their output at very low prices so that they don’t register enough revenue and profits; ultimately reducing their tax obligations.

“They then sell to an affiliate company in South Africa then the affiliate company sells at the prevailing market price to America and then they reduce their tax obligations, which is called transfer mispricing,” he said.

He said the situation was in the mining sector, which is a very complex sector with a  very long term period for companies to make profits.

Companies, he said, were declaring that they were not making profits indefinitely because it was provided for within the country’s taxation framework.

“This is a situation that undermines the ability of the state to generate more resources. This is not just a discussion in Zimbabwe but at the global level where tax planning is actually discouraged in the sense that it impoverishes resource reach countries.

Tax incentives are supposed to be part of fiscal measures to attract local or foreign investment capital to certain economic activities or particular areas in a country.

The Zimbabwe Revenue Authority administers various tax incentives aimed at promoting investment while the Ministry of Industry and International Trade, the Industrial Development Corporation and the Zimbabwe Investment Authority are the main administrators of non-tax incentives.

Africa lagging behind in trading within its borders – ECA Report