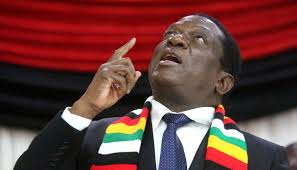 Four deaths have had an impact on the life of Chipangamazano.  The biggest being his father’s, made devastatingly worse because just a week before, he had personally called to ask that Chips comes for baptism in Marondera. As a Pentecostal, baptisms usually occur in the early teens. Chips had since passed 15 and perhaps was emerging from the worst identity crisis ever to be experienced by someone brought up under Christian values. He was the last to get baptised in a family of 10. Of course, he didn’t understand his father at the time the call was made. But when the old man gave up on life on that fateful Saturday; March 29. Chips understood that the baptism was part of his wish that all his children walk in the path of Christianity.

The other significant deaths would be of his aunt; his mother’s sister and of a friend; Tony Fisher, a person he met and loved professionally. The fourth death that has had an impact on his life, is the death of Robert Mugabe. Followers of the column; which last featured on this service just at the start of the coup in 2017, know how the life of the column was centred around the former President. Chips, an alter ego for someone, has for the better part of the two years, since Mugabe’s ouster in November 2017, avoided writing or publicly sharing an opinion about the politics and economics of this country. For over a year, someone’s by-line has not been seen in the paper that she birthed last year for AB Communications; Business Times and was rarely seen in the one she birthed for Zimpapers before that; Business Weekly. Chips was disturbed by Mugabe’s humiliating departure from office. He subsequently withheld from writing because he was afraid of his honesty.

And so it is that Chips returns for the last time to usher in a new persona. His life having been tied to Mugabe in his existence, it is now necessary to close off the chapter. Reference will be made to the favourite monarch for this edition; Power without a nation’s confidence is nothing, said Queen Catherine but the theme will be around another monarch’s quote; the distance is great from the firm belief to the realisation from concrete experience (Queen Isabella). The ultimate objective is to give context to the country’s politics and economy and perhaps proffer some solutions in a Chips’ kind of way. Use will be made of biblical references to drive home the point while the majority of the focus points will be historical with a lot of allegories.

‘When they (The People) saw that Moses was so long (key word) in coming down from the mountain, they gathered around Aaron and said, “Come, make us gods who will go before us’ (The Golden Calf)

During China’s era of humiliation, corruption had become endemic, causing the average Chinese to view their government as part of the problem not the solution. Comparisons can be drawn for the 39 years that Zimbabwe has been independent, cognisant of the fact that in between, whichever period you prefer, we have gone through humiliation.  We might not agree on how the transition finally happened. Heck, we might not even agree on the people who are now in charge; their capacity and lack thereof. But it is generally agreed that there was need for leadership change in the country. After 37 years, Zimbabwe was beginning to feel the weight of having a leader who had gone past the accepted active biological time

From the last edition, it was noted that the intervention was just factionalism at play with parallels being drawn from one of the most interesting games; The Battle of Wesnoth. As a recap, the Battle of Wesnoth is a strategy video game where a player attempts to build a powerful army by controlling villages and defeating enemies for experience. The game is divided into six different factions which are in turn determined by an era. The six factions are Rebels, Knalgan Alliance, Loyalists, Northerners, Undead and Drakes. The Northerners play best by taking advantage of having many low-cost and high HP soldiers.

Robert Mugabe failed to deal with factionalism. Others argue that he could not have dealt with the factions because they were his creation and it served his person (or office) that they would continue unabated. There was an underestimation of the unitary will that existed within Zanu PF by not only the Cde, but by the factions themselves. As the factions continued to fight against each other, the party system became destabilised and unfortunately this led to growing cynicism within the country and diminished the ability of the Cde to govern. Government programmes, which are noble, now that they are being trumpeted by the winning faction, were misinterpreted as representing factional interests. Ecological constraints, political corruption and cultural ossification naturally added to the misery of governing the country. An energetic Robert Mugabe would have maintained popular support in the face of such adversity but unfortunately for him, age was no longer on his side while as has been stated right at the beginning official and political corruption had become endemic, that he was now viewed as the problem.

In history, only Russia comes closest when it comes to dealing with factions. During Lenin’s time the communist party went through several party purges, some historians put it as mass party purges. Those “purged” were simply expelled from the party and could apply for re-admission. A constant theme in Lenin’s writing when his health was failing him, was the need for unity and discipline. To some it is particularly telling that some of Lenin’s last writing, his so-called “Testament,” brought up the need to avoid a “split” in the party. He forecast a split led by the opposing factions of Trotsky and Stalin, and for that reason he criticized both men, as well as other prominent members of the Central Committee. In addition, the Testament calls for the removal of Stalin from the post of General-Secretary, and the appointment of someone “more tolerant, more loyal, politer and more considerate to the comrades.”

Could Robert Mugabe have handled this any better? Followed through Lenin’s 1921 ban on factions? Unfortunately, he left it a little too late. The Cde had already been disempowered. Political activity or rather factionalism had become institutionalised and while the veil of the presidential institution was there, it held nothing. And this showed through the calculated useless overseas engagements; the May 2017 protests led by a certain clergy and vendors’ leader and which always seemed to be a step ahead of the system. One of these two gentlemen ran for a lowly council seat, after returning from ‘asylum’ and the other is now speaking against the opposition, whose supporters he relied on to advance a mantra against the old Cde. Of course, this was lost on the naïve who were struggling under the strain of the Cde’s rule but in hindsight, the pointers were there. The BO strategy was already in motion, and hopefully, history will record this one day.

But the chief priests moved the crowd (The People), that he should rather release Barabbas unto them.’ (Pre-Crucifixion)

Instead of making it about the factions and the greed for power, the narrative was changed to a nationalistic cause. One built upon the opposition premise that the only object that was standing in the way of Zimbabwe’s development and growth was Robert Mugabe. Naturally after feeling the economic strain for too long, there was an embedded expectation. His exit presented a point of hope for a nation whose dreams had faded over time. People were moved and reference is constantly made to the Saturday march two years ago and the subsequent adoption of that despicable (and Chips uses this word quite sparingly) phrase; the Voice of the People is the Voice of God. A phrase, to those who haven’t figured it out already, forms the basis of this edition.

Having adopted the mantra of a new dispensation and another despicable phrase; The Second Republic, the winning faction had the nation’s hope and a lot of worldwide goodwill. It seemed like everything would finally come together.  The structural relationship between Zimbabwean citizens and the State, which had since broken down had an opportunity to be repaired. The world would once more embrace Zimbabwe just as they did with much anticipation at Independence. And in no time, it seemed it would work with the opportunities that were coming the new leader’s way. In less than two months into his rule, Davos happened. Seems his team had prepared for the meeting, making a necessary effort to launch Investment Guidelines but on the other hand an unnecessary effort to dress up in the colourful scarfs that have stuck on ever since. All the same, opinions aside, they were prepared. The country urgently needed reform, including borrowing from abroad to protect and to ensure that it flourishes.

Given that the first act upon assuming presidency was to announce that Zimbabwe was open for business,  one would assume there would have been a deliberate effort to ensure broad-based buy-in of the new thrust. The first lesson in the quest for political power is the ability to own and control your messaging. The Americans would say that power is for those who can be effectively heard. It is effective messaging which enables men to exercise control over the direction and activity of the government.

Of paramount importance then was to have a clear message of where the country stood and where they intended to take it, in very simple terms understood by the ordinary folk who constitute the majority of Zimbabwe’s 14 million strong population. It was also important for the President to sell himself, his range, novelty and influence of his thought. He needed to present himself more than just a man who removed Robert Mugabe! Political scholars would tell you that men engage in politics to get something done or to prevent something from being done; to have a say in determining the distribution of scarce resources; or to commit a constituency or the country to some kind of goal. They are successful to the extent of how effectively they can communicate their message.”

He needed to unlearn internalised political traits. From the beginning he needed to change the narrative he was just the leader of a winning faction. In his hands, he held the power to alter Zimbabwe’s course and more importantly to revitalise Zanu PF. Within a few months it seemed as if he had lusted after power for the sake of power. The consequences of this will pretty much follow a Macbeth script. Macbeth lusted after power and not that he wanted to serve and solve problems. His consequences were disastrous; he could be bullied into certain actions and what made it worse is that the witches had said it was OK.

‘And they (The People) said, Go to, let us build us a city and a tower, whose top may reach unto heaven and let us make a name…’ (The Tower of Babel)

In 1981, March 23 in particular, Prime Minister Robert Mugabe opened the Zimcord meeting. Zimcord is short for the Zimbabwe Conference on Reconstruction and Development. The idea of the conference was to set out elements of a three-year plan leading to the development and recovery of all aspects of Zimbabwean life following years of minority rule, which were capped by an unnecessary war. History records the meeting as successful after having met its target for aid. A total 31 nations and 26 developmental agencies including USAID pledged US$1.45 billion. This is one of the various ways that independent Zimbabwe managed its political transformation…..TO BE CONTINUED

AfDB extends US$10.4m to Zim for tax and revenue digitisation