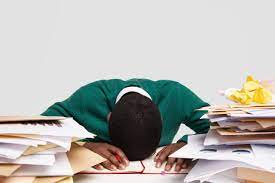 The deputy headmaster and an English teacher at Sipepa High School in Tsholotsho district, Matabeleland North Province, have admitted to leaking a public examinations paper to candidates at the school.

Brian Mazendami (41) of 20596 Pumula South, Bulawayo, who is the deputy headmaster and the teacher, Makosini Mondela (50) of Sipepa Line in Tsholotsho, were each sentenced to three years in prison.

The two were convicted on their own pleas of guilty to criminal abuse of duty as a public officer and contravening Section 35(a) and (b) of the ZIMSEC Act by Tsholotsho resident magistrate Victor Mpofu.

However, the two educators will not go to jail after the magistrate conditionally suspended 18 months of the sentence on the condition that they do not commit a similar offence within that period.

The remaining 18 months were also suspended on the condition that Mazendami and Mondela each perform 630 hours of community service starting this Monday, 21 November 2022.

Allegations were that on 14 October 2022, at around 4 PM, Mazendami and Mondela connived and opened the strong room, where the examination papers were kept.

The duo took out a sealed envelope containing English Language paper 1 (4005/01) November 2022 examination and copied two questions from the sealed envelope and then returned it to the strong room. Prosecutor Sharon Phiri said:

Mazendami then taught his selected students how to write compositions based on those topics. He then corrected them after submitting their compositions.

She further alleged that a whistle-blower sent an anonymous letter to ZIMSEC exposing the corruption and a taskforce team was set up to conduct investigations at Sipepa High School leading to the arrest of the two teachers. | Chronicle