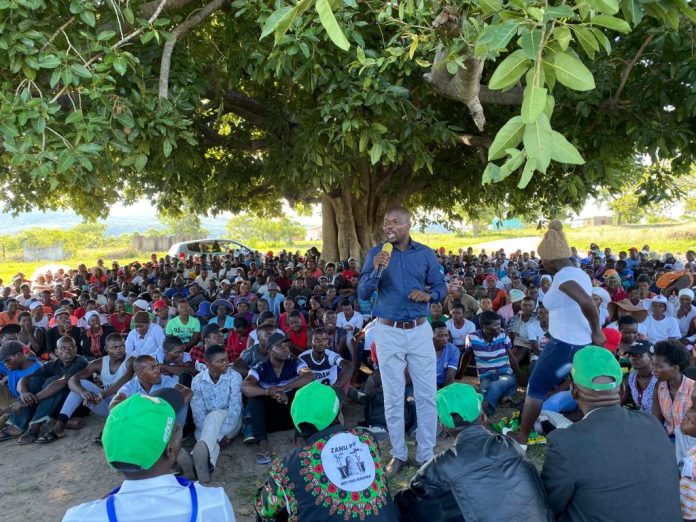 Youth Development, Sports, Arts and Culture deputy minister Tinoda Machakaire has pleaded with President Mnangagwa to flash out all corrupt officials in government while paving way for youths to take over the posts.

Addressing hundreds of Zanu-PF youth in Hwedza South constituency on Sunday, Machakaire said it was high time youth take over from several corrupt officials who are derailing the President’s efforts to attain a middle class economy by 2030.

“I know there are some Ministers who are irked by this statement but I am pleading with President Mnangagwa to fire those who are corrupt and lazy.

“Give those positions to the youth who have shown their ability and willingness to assist the President in attaining a middle class economy by 2030,” he said.

Machakaire said it was disgusting that some ministers are not working but concentrating on corrupt activities.

“They demand state of the art vehicles, good offices without getting on the ground to see what needs to be done so that when they formulate policies they do it with the requisite,” he said.

He said he will be unrelenting in his call for President Mnangagwa to fire the corrupt and lazy ministers.

Machakaire also urged the youth to desist from violence saying the new dispensation did not tolerate such behaviour.

“We do not need to be violent as a party but we need to convince those who does not believe in our philosophy,” he said.

“We have bought the machines for the youth so that they get trained to do different works. We will also plead with the registrar general’s office so that our youth can have passports for them to start small business here in the community,” he said.

At the just-ended Zanu PF conference, President Mnangagwa promised to add more youths in government urging them to actively participate in the development of the country.

The President also hinted that when he leaves office he would love to pass the button to the young generation.

Machakaire was in the news recently after refusing a government vehicle when he was appointed deputy minister arguing that the vehicle could be used in other departments having transport problems.