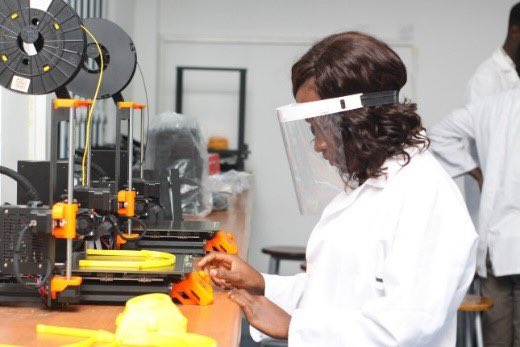 Malawi-based Zimbabwean bio-engineer Will Desiree Moyo is making waves in the fight against the COVID-19 virus after leading a team of students in prototyping a variety of PPE products used in treating and fighting the spread of the coronavirus.

According to the British Embassy in Harare, Moyo and her team from the Malawi Polytechnic and Malawi University of Science and Technology have also considered their work’s impact on the environment.

This has seen the team scouring markets for old machinery to use for parts and making sure the equipment can be reused rather than thrown away as much as possible.

The COVID-19 virus, which emerged in China in November last year, has infected more than 26 million people and killing approximately 870 000 people across the globe.

In Africa, more than 1,5 million confirmed cases, which is about five percent cases reported globally by September 1, leading to about 30 000 deaths while in Zimbabwe Zimbabwe, a further 6 678 cases have been recorded with 206 deaths.

In an interview with the UK in Zimbabwe, Moyo said the drone they have been working on has a pay load of 1kg and is designed to pick up samples within a 5km radius of the College of Medicine where COVID-19 testing is taking place in Malawi.

“These samples would be picked up from other health facilities. The drone can also be adapted for other COVID related uses such as communication and monitoring that lockdown rules are being observed,” she said.

“Our design – specifically with COVID-19 patients in mind – has incorporated a storage tank for use in low resources with intermittent electricity supply and multiple ports to increase the number of patients that can use the machine simultaneously.”

The nebulizer they have developed and can be used by patience of all age groups serving up to four patients with the developers adopting a flow-control mechanism that allows control of the amount of drugs being delivered to a patient’s lungs.

“We’ve made sure our prototype has an alternate power source so that it can be used in the absence of a ‘traditional’ electricity supply.”

“An Android phone application has been developed plus a remote control to switch the system on and off outside the room it’s operating in. It also has an alerting system to keep people away during disinfection.

“The application currently in use is being used to disinfect N95 masks at Queen Elizabeth Central Hospital in Blantyre. A larger system could potentially be used to disinfect most public buildings such as churches, schools, malls, offices, theaters, labs etc. This system can also be used in rural areas using solar power.”

In factoring reuse, the team have been scavenging for parts at the markets in Blantyre and Limbe developing a nebulizer containing a repurposed fire extinguisher can.

“We have also salvaged some motors from a broken down printer. In our design thinking I encourage students to look at broken down machinery and ask how they can repair it or how they can scavenge for parts to use in other projects.

“We spend a lot of time in the design process asking ourselves how we can reduce cost and how our designs impact the environment.”

Moyo also noted the support the team received from the Rice 360 Institute for Global Health and the Lemelson Foundation who provided prototyping equipment and expertise to help enhance their designs.