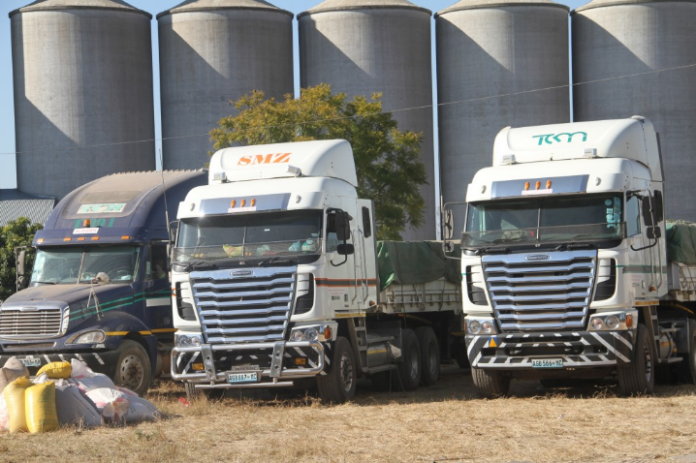 The Grain Marketing Board has issued a stern warning against side marketing of crops during the current marketing season introducing a fine three times larger than the produce sold on the parallel market.

Government criminalised the side marketing of soya beans and maize by contract farmers with penalties including imprisonment for not more than two years in the case of a defaulted payment.

GMB chief executive Rokie Mutenha issued the warning advising the farmers not to be engaged in side marketing of targeted produce.

Zimbabwe is expecting a 10-year record bumper harvest with government preparing to protect the gains from a favourable agricultural season.

“The Grain Marketing Board advises farmers that selling of maize and soya beans is restricted to GMB and registered contractors to. Any engagements with other players is prohibited,” he said.

Mutenha said the directive was informed by Zimbabwe’s laws governing the sell and purchase of soya beans.

“These two SIs declared maize and soya beans as controlled products. Declaration of agriculture produce as controlled Products is in terms of Section 29 of Grain Marketing Act, Chapter 18:14.

“Marketing and movement of the controlled Products are subject to specific provisions of the GMB Act and the relevant Statutory Instrument.”

According to the law, individuals are allowed to transport five bags of maize or three bags of soya beans for personal use.

“For large quantities, individuals/corporates will be required to have a valid movement permit, issued by the GMB.”

Mutena said the GMB through the police and law enforcement agents have already come up with measures to deal with side market crimes.

The law enforcement agents are already manning road blocks to monitor compliance with the laws.