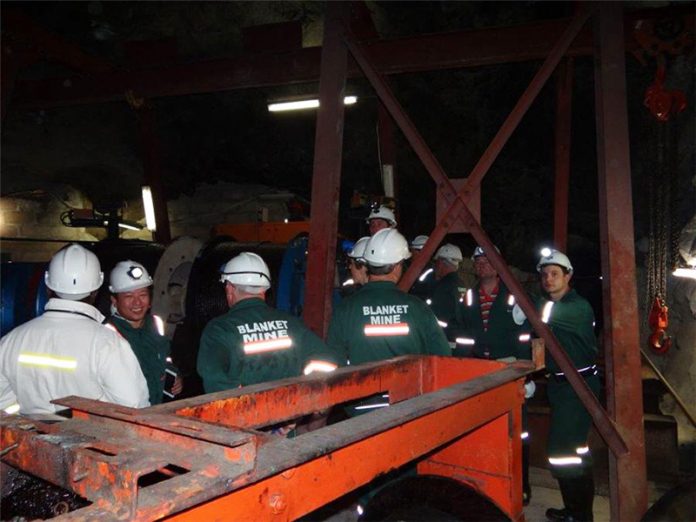 Mine Entra Expo 2021, which was scheduled to take place from November 3 to 5, 2021, has been postponed indefinitely.

Zimbabwe Miners Federations (ZMF) Chief Executive Officer, Wellington Takavarasha said the Ministry of Mines and Mining Development had  deemed the notice to be too short for  the Zimbabwe International Trade Fair {ZITF}, which hosts the annual showcase, to conduct a formidable event and provide exhibitors enough time to put up their booths.

The 25th edition of Expo was supposed to be held under the theme; Explore, Extract, Expand towards a Shared Mining Vision, and was expected to attract different players in the mining sector.

“Our Ministry of Mines and Mining Development considered this was too little notice for ZITF to conduct a formidable event, as well as for exhibitors to put up their structures and assure completion on time” Takavarasha said.

He said the Minister of Mines and Mining Development was tasked with organizing the fair and was supposed to do the official opening as well as attend a number of conference activities.

“We have been advised that as a result of this development, the Ministry of Mines and Mining Development in consultation with other stakeholders, will get back to us of the new dates that would fit into their programme because they are the ones (Ministry) responsible for Officially opening of this showpiece as well as attending to a number of conference activities,” said Takavarasha.

ZITF is expected to notify all exhibitors who had shown interest in this year’s event of the new dates and clarifying steps to be taken for participation at the rescheduled showcase as amended by the ministry.

Mine Entra is an annual platform for stakeholders in the mining, engineering, and transportation sectors, and it is crucial for individuals who wish to engage in positive talks about the country’s mining industry’s progress.

Because of the Covid-19 national constraints, the exhibition was hosted online last year, but this year the organisers had opted to hold the event physically following the relaxation of regulations by President Emerson Mnangagwa.

The expo is expected to discuss, among other things, mineral production growth prospects, availability to and cost of capital prospects, employment possibilities (new hiring and layoffs), infrastructure, mining policy, and investment competitiveness which were raised in the State of the Mining Report launched last week.

The mining sector is optimistic that it will reach the $12 billion dollar mining economy mark as it has projected significant growth in production for 2022.

How Mine FY21 gold production up 59% due to capital expenditure,...