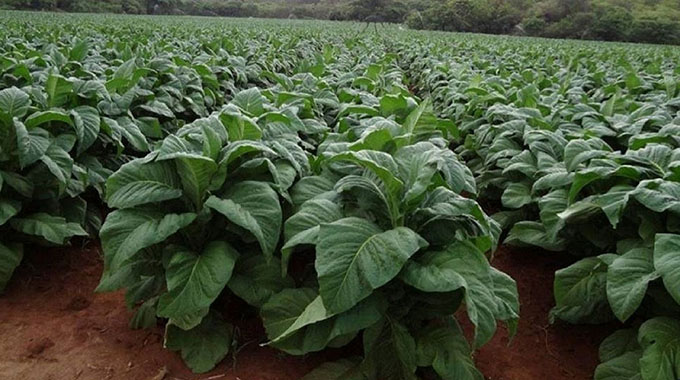 HARARE – TSL says the late start to the tobacco marketing season volumes in the second quarter of all tobacco related businesses are expected to be below prior year although this is expected to correct in the third quarter. This comes as the Tobacco Industry and Marketing Board is still to announce the opening dates but indications are that the marketing season will start between three to six weeks later this year.

National tobacco volumes are expected to range between 10% and 20% below prior year due to the dry start to the summer season. Registration by farmers in this season was 14% below prior year. On its part, TSL is aiming at improving its market share. At Tobacco Sales Floor, the business is investing in upgrading its handling facilities to improve customer experience. The group is also involved in customer training and awareness programmes.

In its January first quarter update, the group said Propak Hessian had commenced the distribution of tobacco packaging materials at the onset of the first quarter achieving satisfactory volumes, as such adequate stocks are available for the season.

Agricura chemical volumes are ahead of prior year with the group ensuring that adequate stocks are available throughout its distribution channels.  However, volumes in some
product lines, notably fertilisers, were below expectation owing to the 2019/2020 weather patterns. “With the coming of the rains, this position is expected to improve into the second quarter. The group continues to supply product into the Command Agriculture scheme.”

At the farming operations, the group said that yields would be satisfactory. “The new 25 hectare banana plantation is producing well and volumes are significantly above the same time in prior year.”

The group said revenue and profit performance are satisfactory and are ahead of prior year. In the quarter, tobacco handling volumes were 42% ahead of prior year due to the extended tobacco processing season. The distribution division recorded 59% growth in volumes as new customers were secured. Volumes in the ports business increased by 27% as more minerals were handled for existing customers.

Premier Forklifts’ volumes were 17% above prior year due to new non-tobacco related customers who were acquired in the quarter. However, general cargo volumes handled declined by 16% as warehouses that are traditionally released for agro-inputs were still storing tobacco at the start of the quarter.

Volumes in the freight forwarding and customs clearing business were depressed as access to foreign currency by the customer base remains subdued.

Avis acquired new buses to complement its fleet resulting in rental days improving by 5%. Services to foreign travelers remains an important part of the business. The property business commenced demolition of an outdated 6,000 square meter warehouse to be redeveloped into a 10,000 square meter world class warehouse. The construction of this new warehouse is expected to be completed by the end of the year. Consequently,
occupancies for the quarter have marginally decreased by 1% from prior year.