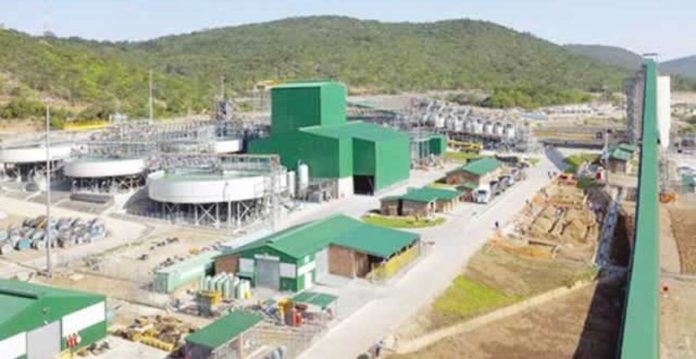 Staff Writer
HARARE – Platinum production at Shurugwi based mine, Unki increased by 13 percent to 21 800 ounces in the first quarter of 2020 from 19 300 ounces recorded in the comparable period last year.
However, platinum output was down 6 percent when compared to last quarter of 2019 in which 23 300oz were realized.
Palladium production at the mine went up by 15% to 19 600oz in Q1 from 17 000oz previously. But, palladium production fell by a marginal of two percentage points when compared to the previous quarter.
During the period, group platinum and palladium production both declined by 7% to 440 900oz and 303 100oz respectively. In the same vein, refined platinum output went down by 42% to 240 300oz. Also refined palladium production was down by 33% to 197 100oz.
Platinum and palladium sales volumes fell by 42% and 24% to 239 900oz and 222 500oz respectively owing to lower refined production in the period.
“Our overwhelming priority is the safety of our people, their families and our host communities. We have taken extensive measures across our business to help safeguard against the spread of COVID-19, while also protecting the integrity of our assets to enable a swift return to normal levels of operation when appropriate,” Anglo American chief executive Mark Cutifani said in a statement today.
“The onset of varying degrees of lockdown or distancing measures in a number of our operating countries towards the end of the quarter, combined with the impact of long wall moves in our Metallurgical Coal business, led to 4% lower production compared to the same period of 2019, despite continued strong iron ore production at Minas-Rio.”
The miner revised production guidance to 1.5-1.7 million ounces of platinum and 1.0-1.2 million ounces of palladium subject to the extent of further COVID-19-related disruption.
Exploration and evaluation expenditure declined by 12% to $61 million. Due to increased work in Copper and Metallurgical Coal exploration expenditure rose 9% to $25 million.
Evaluation expenditure went down by 22% to $36 million due to decreased works in Copper at the Los Bronces Underground Project (Chile) and Sakatti (Finland), partially offset by increased spend in Metallurgical Coal.