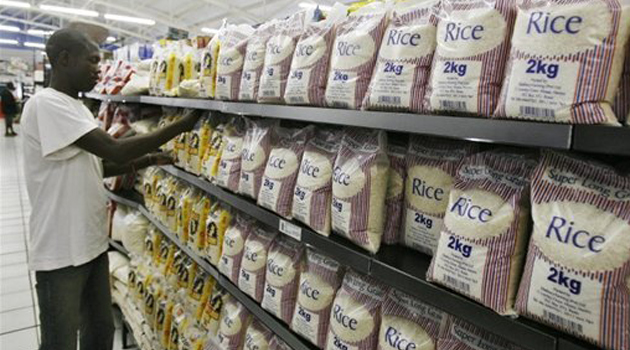 The measures will be applied on pre-packed packages of less than 25kg for retail sale, semi-milled or wholly-milled rice, whether or not polished or glazed.

Previously government insisted on collecting a 15% VAT on rice packages of 25kg and below backdated to February 2017. The tax demand, sought to override an exemption by then Finance minister Patrick Chinamasa and would have seen dealers paying duties for the period dating back to February 2017.

The payment of VAT running into millions of United States dollars would have left some players in financial distress or out of business altogether.

Earlier appeals by dealers for the government to reconsider the VAT demand were flatly rejected by Treasury on several occasions despite a desperate appeal to Vice President Constantino Chiwenga. But now, President Mnangagwa, after hearing submissions from his Mutare industry tour, promised industry that the VAT will be scrapped.

Ncube gazetted the amendments under Statutory Instrument 125 of 2021. This will see sine downward review in the price of retailed rice.

President Mnangagwa also promised to bring sanity into the Foreign Currency Auction System which is currently saddled by costly delays in the disbursement of allocated funds.

He encouraged companies to have faith in the system as he will summon the Reserve Bank of Zimbabwe (RBZ) as his government moves in to resolve the setbacks.

“Companies are urged to continue utilizing the Foreign Currency Auction System to access resources for recapitalisation, modernisation, and re-tooling of their entities. I have been told by often companies that there is delay in the disbursement of allocated funds. I promise to have further discussions with the governor to see what constraints are currently being encountered.”

This comes as banks are reported to have agreed to fund the pipeline so that importers do not have to wait disbursements while RBZ governor John Mangudya said the apex bank had released US$100 mln to clear the backlog of about US$120 mln.

Emirates enhances convenience for customers with longer layovers in Dubai