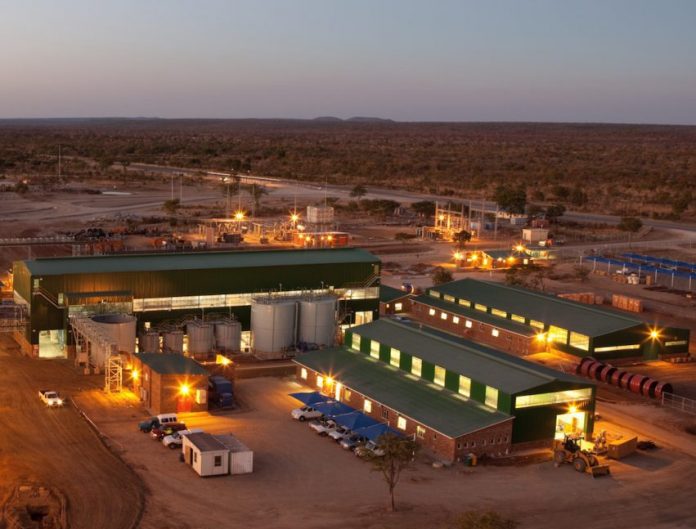 HARARE – Zimplats, the country’s largest platinum miner, says its mined tonnage increased by 9% quarter-on-quarter and 4% year-on-year following the full recovery of Mupfuti Mine from the effects of lower trackless mining equipment availability.

In the company’s results for the second quarter ended June 30, 2022, 6E head grade improved by 1% to 3.44g/t from 3.40g/t in the previous quarter, mainly driven by the increase in the contribution of high-grade ore from Mupfuti Mine. The previous quarter’s head grade was adversely affected by processing low grade development ore from the Mupani Mine stockpile.

“Milled tonnes increased by 4% from 1 706 671 tonnes to 1 769 270 tonnes compared to the prior quarter due to an increase in the number of operating days and improvement in the milling rate,” Zimplats said.

During the period under review, 6E metal in the final product increased by 2% to 151 125 ounces from the prior quarter, mainly due to the increase in mill volumes, which was partly offset by negative inventory movement in the smelter. Production for the same period last year benefited from a release of smelter inventory. Consequently, metal in the final product was 2% lower than in the same period last year.

Zimplats’ total operational cash expenses increased by 3% in the second quarter compared to the previous quarter, owing primarily to 9% and 4% increases in tonnes mined and tonnes milled, respectively, resulting in a transfer of US$1.1 million from operating costs to closing stocks.

“A total of US$1.1 million was transferred from operating costs to closing stocks due to the planned build-up of run-of-mine ore stocks in preparation for the commissioning of the Third Concentrator Plant in August 2022  which will increase milling capacity by 0.9 million tonnes per year (equivalent to about 80 000 6E ounces). Cumulative project expenditure as at the end of the quarter amounted to US$79 million with US$14 million committed against a project budget of US$94 million.”

This resulted in the cost of metal produced decreasing 2% compared to the previous quarter. The decrease in cash costs of metal produced together with the 2% increase in 6E ounces produced resulted in a 3% improvement in 6E unit costs from US$752/oz in the previous quarter, to US$726/oz. Year-on-year unit costs increased by 2% mainly due to the inflationary increase in operating cash costs.

The update further said that a total of US$0.5 million was spent on exploration projects, with a further US$0.7 million committed as at June 30, 2022, and these activities included mineral resource evaluation, comprising approximately 2 190 metres of surface diamond drilling over existing projects on the two mining leases. Exploration activities increased geological and geotechnical confidence in production schedules.

The development of Mupani Mine and upgrade of Bimha Mine to replace Rukodzi, Ngwarati, and Mupfuti mines, which will be depleted in FY2022, FY2025, and FY2028, respectively, progressed well during the quarter under review, with a total of US$228 million spent on the project to date and US$81 million committed against a project budget of US$468 million.

Furthermore, during the quarter under review, procurement processes for the US$37 million Phase 1 implementation of the 185 MW solar project began. Phase 1 is a 35 MW plant at the Selous Metallurgical Complex that will be completed in FY2024. The project has four implementation phases, with the final phase scheduled to be completed in FY2027 at a total project cost of US$201 million.

Meanwhile, the Zimbabwe government was forced to abandon its plan to charge platinum exporters a 15% beneficiation tax for failing to establish refineries in the country, which was set to go into effect later this year, due to platinum firms already facing high costs in Zimbabwe.

This means that miners will continue to rely on South Africa’s Bushveld Complex, where Zimbabwean matte is shipped after partial processing, even though the platinum firm is willing to set up a refinery in Zimbabwe.

Under the Platinum Producers Association, the firms have indicated that they were willing to set up a refinery in Zimbabwe, but for now, the southern African country lacked output levels required to run such a plant profitably.

They estimate that the sector will require a combined output of 500 000 ounces a year for them to shell at least US$2 billion to establish a final refiner.