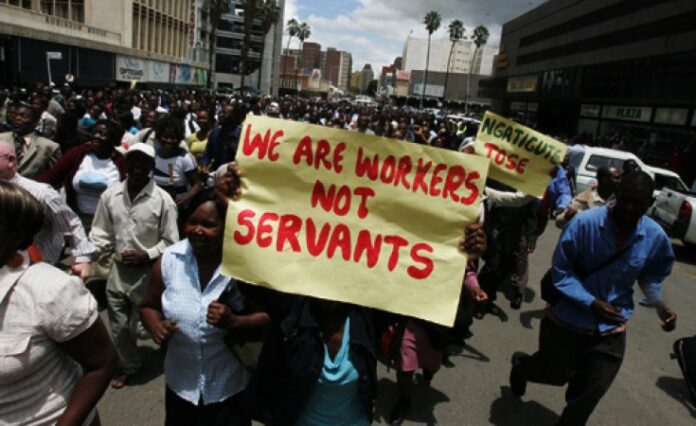 Government workers have started receiving their US$75 COVID-19 allowances for September with the Public Service Commission announcing that the money would, however, be paid on pay days going forward.

The COVID-19 allowances, according to PSC secretary Jonathan Wutawunashe, mean that the least paid worker in government would be earning a monthly salary of $11 350.11.

A teacher would now be earning $12 591.15 at the D1 entry grade. The US$75 COVID allowance will, however, be paid at the prevailing Reserve Bank of Zimbabwe foreign currency auction rate.

“Government would like to record its appreciation for civil servants in categories who continue to render services to the citizens of Zimbabwe.

“Government is committed to continuously improve the working conditions of civil servants, and hopes that negotiations in the National Joint Negotiation Council (NJNC) to further emoluments for civil servants will be concluded soon,” he said.

Government recently announced a 40 percent cost-of-living adjustment for civil servants to be deposited into their bank accounts although some workers’ representatives have rejected the offer from the employer.

The US$75 a month COVID-19 allowance was also extended beyond its September 2020 expiration date as part of government’s interim steps to help cushion its employees.

Civil servants have rejected the 40 percent cost-of-living-adjustment by government demanding at least US$480, which is roughly $39 000 at the official exchange rate with teachers refusing to attend to classes since schools opened as they claimed incapacitation due to economic challenges they are facing.

The teachers are demanding to be US$580 per month.