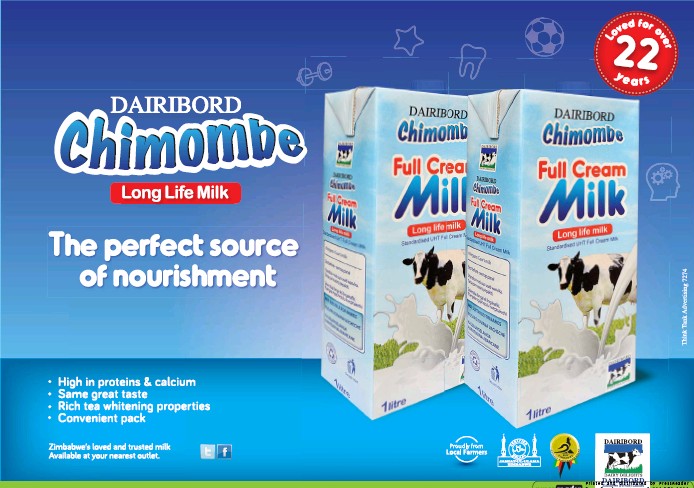 HARARE – (FinX) – Dairibord Holdings reported a 40% decline in volumes sold for the quarter to September due to supply side constraints and depressed consumer disposable incomes. Cumulative volumes in the nine months to September fell 14%.

In a trading update, Dairibord said that liquid milks had declined 22% for the quarter and 1% for the nine-month period as the group had faced challenges in accessing milk powders. The constraints were however mitigated by the growth in raw milk intake of 2% for the quarter and 14% in the nine-month period, which the group noted was higher than the national growth of 9%. لعبة الدواره

The volumes-sold performance is in line with trend reported elsewhere where there is a 35-50% decline in volumes and revenue growth upwards 250% showing the full effects of rising inflation on disposable income.

Half year recap on this link: https://mailchi.mp/da38efc009a1/dairibord-h1-foreign-revenues-miss-estimates?e=ab64688a95

Macro-economic conditions in the third quarter deteriorated as foreign currency supply shortages persisted, negatively impacting ability to meet demand. Depreciation of the local currency resulted in increased costs of materials and other key inputs. At the same time, production output and operating costs were adversely impacted by the worsening erratic supply of water and electricity. oral ivermectin for “walking dandruff” dogs The significant adjustments in the prices of fuel and electricity resulted in increased cost structures across the economy. stromectol rosacea   Working capital was also under pressure as both local and foreign suppliers demanded pre-payments.

No update was given on financial performance as the market continues to wait for the finalisation of hyperinflation reporting guidelines by the Public Accountants and Auditors Board (PAAB) of Zimbabwe. The group however said, profit margins for both periods were ahead of prior year. ivermectina para miasis en perros Cost containment and reduction measures resulted in fixed costs growing at a rate lower than revenue.

In light of the forex challenges, the group said export revenue for the quarter increased by 109% above prior year and 118% for the cumulative period. The group had also made a strategic decision to mitigate the negative impact of foreign currency risk by reducing foreign liabilities. كأس العرب 2022 مباريات “To that end, foreign liabilities at the end of September were US$0.822 million (including a long term loan of $0.539 million) from US$1.85 million as at 30 June 2019 and the December 2018 balance of US$3.96 million.

The disposal of Dairibord Malawi to Lilongwe Dairy was concluded during the quarter under review. اسماء ورق اللعب The group said at the time, liabilities of the subsidiary exceeded assets and the therefore it realised a gain.

In light of the challenging environment, Dairibord said it would continue to focus on investment in inventories, cost reduction, cost containment and improvement in operational efficiencies to sustain margins.

‘Colonialism had never really ended’: my life in the shadow of...

Milk production rises to a record in August: (Download)