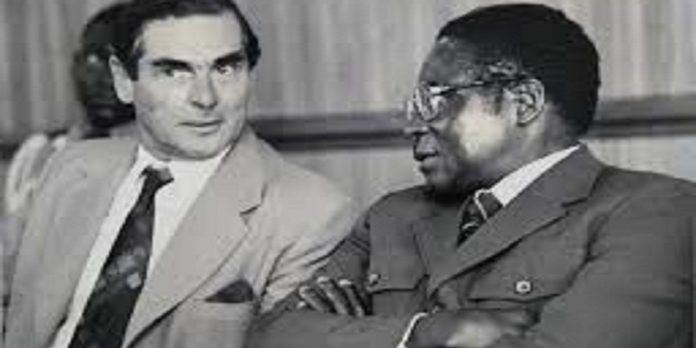 I have had a writer’s burnout for the better part of two years. It’s an awfully long time for one not to be too keen to write, especially for one whose career is all about writing. Also quite amusing if not surprising that within those two years, I managed to oversee the launch of two national newspapers – probably making history by being the only one to do so within a year.

Throughout my burnout, which is an extreme writer’s block, I was searching for that rejuvenation; that one moment, which would make me love punching my keyboard again to express my mind and not to do the admin work that comes with being an editor. The November events could have been enough to jolt me into action. However, when the country changed its leadership, I didn’t know how to react. The script had gone terribly wrong.  Much in the same way it is doing now with the only difference being that last year’s script was about political allegiances.

It is with this background in mind that when I got an invitation to attend the Denis Norman book launch, I had an a-ha moment. I thought if the burnout has to end, then it has to be with something that I am quite passionate about. I love books with any historical narration and this has been highlighted through an alter ego (Chipangamazano), who will soon come out of retirement now that the snap has finally occurred.

The title of the book itself is not luring enough, neither is it original. The Odd Man In forms the title of Jerry Lee Lewis’1975 album. One of Jerry’s worst albums actually, which only made it to number 33 on the country music billboard charts.  It’s the subordinate or secondary title that’s clever and which forms the basis of my attraction to the book; Mugabe’s White Hand Man.

As we have already begun to experience after the leadership change, a lot of people are now putting together works of literature shaped around the man who ruled Zimbabwe for 37 years. Some of the books, which are already out, are not worth the effort. A lot of revisionism is taking place while most would rather just talk about the bad side of the former leader, which in all honesty, the majority of people only saw in the last years of his rule. No one talks about the prolific 60-year career that he had. In future, however, I suspect much of his actions will form the basis of political theories. A book about Robert Mugabe from Robert Mugabe would be a bestseller and I really hope that he is putting some of his memories together or at the very least that he has a close relative that is willing to listen to his tales. I am ready to pay big bucks for such a book when it comes out. I paid for this one too. $25 on whichever mode of payment.

This one, however, is not a book about Mugabe. It is a narration of Norman’s life. A lot of the stories or key events in his life are rushed through. Perhaps the memories are fading. He does however explain in detail on a few key achievements that he pushed or participated in. He also makes mention of events that amused him. But what’s clear is that he was an action minister who tried his best and succeeded to stay out of politics in Rhodesia and Zimbabwe. According to his narration, he would always go to the ground, access the situation and eventually come out with a practical solution. The same can’t be said of a present day non-political minister, who after just six weeks, has adopted a pop-star kind of status full of vids and tweets.

Norman, who is now 87 was Zimbabwe’s first Minister of Agriculture. In similar fashion to what occurred in Zimbabwe in the past September, Mugabe had to get his optics right after independence. This he did through a speech that preached reconciliation and appointing the right Cabinet. It was a delicate time for the country, which had just seen through not only a war of liberation that most now believe could have been easily avoided as had been seen in other countries in the region, but had gone through 15 years of sanctions and therefore isolation during Ian Smith’s UDI.

The book does give insight into the difficulties faced by the Rhodesian farmers in setting up commercial enterprises. An observation is pushed by the writer that it’s wrong to assume that white farmers settled on the land for free. Norman bought his farm through a loan facilitated by then Farmers Co-op. In an interview on Friday, Finance and Economic Minister Mthuli does allude to two compensation models. Full compensation (for land and improvements on Bippa farms) and compensation on improvements for the rest of the farms.

In the book, he also seeks to correct that communal lands or reserves where most native people were moved to did not contain poor soils although he did admit that there were no communal lands in region 1 and 2. He chronicles the challenges faced by farmers particularly during UDI when the country had to circumvent the sanctions, mainly on how they managed to sell tobacco and the role Affretair played. It was during this time that crop diversification was adopted. These UDI challenges saw his rise to leader of the Rhodesian Farmers Union which was re-branded Commercial Farmers Union during the Muzorewa government. He was part of the Lancaster House delegation as a few years before 1979, he had put forward a proposal to include black ownership in commercial farming and perhaps it is for this reason that Mugabe appointed him as Agric minister. He does note however that his successor would get the combined Agriculture and Lands ministry but when he would be re-appointed, it would always be about agriculture.

At the launch, Norman said back in the day, he had said the only way to boost agriculture production was to focus on this: Education, Availability of inputs, Access to markets and his life’s story is clear. From his narration, he wasn’t close to Mugabe but he no doubt had his ear. To Mugabe, Norman could have been one of his hard working ministers. But no clear explanation as to why he was dropped from Cabinet, when he was then left to be a part of Eddie Cross’ Beira Corridor Group. Perhaps it was necessary, since he came back as Minister of Transport.

From his time at BCG, the narrations become more detailed, perhaps only for the reason that the memories are not too distant. Interesting points that anyone can relate too as well. He talks of plans to extend the pipeline to Gweru and Bulawayo and the successes of BCG in raising capital. In his stint as Transport minister he correctly states what needs to be done at the Air Zimbabwe and even talks of an incident where Mugabe supported him in the sacking of then chairman Xavier Kadini. His major disappointment is the corruption on the new airport design which had to be re-tendered to accommodate Mugabe’s relatives.  When he was given an additional portfolio, Norman talks of how a British engineer helped solve a crisis at Hwange. However, when he left for the Agric portfolio, the engineer’s permit was not renewed.

Back at agriculture, the rise of Roger Boka dominates his narrative. He does not seem remorseful about his death as he was against the licencing of his floors. Without any other major policy change, Norman resigns a few months before the land reform. At the height of the land reform he sells his farm to Anthony Mandiwanza and goes off to England where he started.

Overall, he does give glimpses into Mugabe’s character but it doesn’t seem like he had a close relationship with him. Mugabe trusted him without doubt as someone who delivers and perhaps preferred him at times over guerrilla comrades. Norman concludes by giving very good economic advice noting that some of the challenges have been known since the days of UDI.  He sums it up: once  corruption becomes an established practice it is difficult to eradicate. – Happi Z