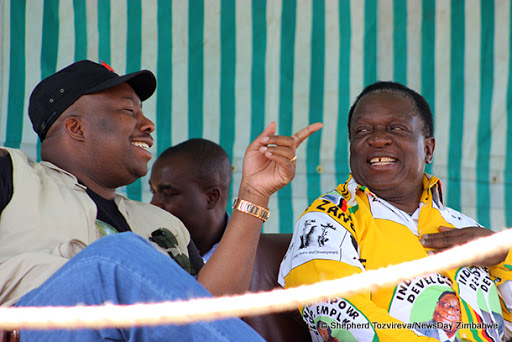 Former cabinet minister and Zanu-PF political commissar Saviour Kasusukuwere has approached the Sherriff to execute a High Court order recently granted in his favour to evict some war veterans who invaded his Mazowe farm.

The High Court recently ruled in favour of Kasukuwere in a case he brought against Efanos Mudzimuyi, Akim Mudzimuyi,  Kenneth Mudzimuyi and Kudakwashe Moyana who had occupied his farm last month.

“The respondents and all persons claiming occupation through be and are hereby ordered to vacate Concorpia Farm, Mazowe in the District of Mashonaland Central within 14 days from the date of this order failing which the sheriff of the High Court is directed to eject them therefrom,” Justice Mushore ruled.

Kasukuwere had filed an urgent chamber application seeking to evict the war veterans who had invaded the farm and started helping themselves to his orange produce.

Following the judgment his lawyers, Mhishi Nkomo Legal Practice instructed the Sheriff to serve the order on the respondents.

“Please explain to all the illegal occupants the net effect of the court order and direct them to leave. We look forward to receiving the return of service soon,” reads the instruction letter signed by lawyer, Harrison Nkomo.

According to his court papers, Kasukuwere has invested upwards of US$2 million on the farm.

The farm was invaded by the respondents on May 6 this year.

However, the farm has become the latest flashpoint of the battle between Kasukuwere, a member of the former Zanu PF G40 faction and President Mnangagwa’s government.

Government had notified Kasukuwere of its intention to repossess the farm measuring 535,94 hactares before the invasion saying it was part of its programme to downside farms.

Kasukuwere then filed an urgent chamber application at the High Court seeking an order barring government from taking over the farm.