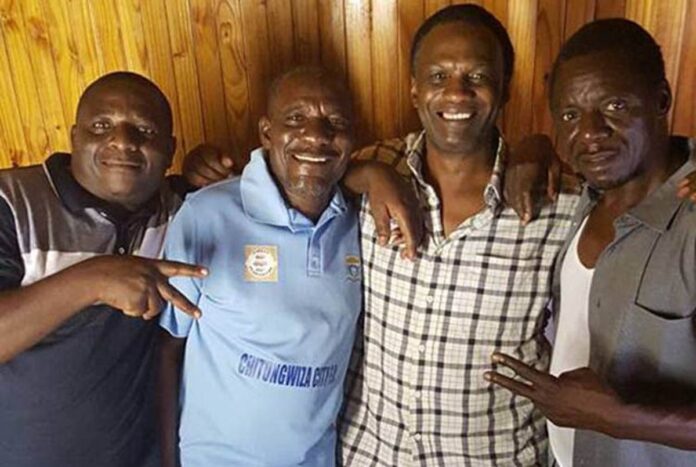 Music fans from across Zimbabwe have hailed revered rhythm guitarist Zakaria Zakaria’s return to Alick Macheso’s Orchestra Mberikwazvo outfit amid hope that the band’s returning members would improve and solidify its productions which many argue had become lacklustre.

Zakaria Zakaria, a rhythm guitar specialist, was one of Macheso’s founding band members when the cousins ditched Khiama Boys led by Madzibaba Nicholas Zakaria around 1996 to form the trailblazing Orchestra Mberikwazvo.

Orchestra Mberikwazvo went on to overshadow Khiama Boys, a group that had dominated the sungura music genre with Macheso complementing the elder Zakaria before the group’s unfortunate break-up.

Zaka Zaka left his brother Nicholas to be with his cousin Macheso as the group churned out hit after hit before the former decided to try his luck as a solo artist forming the Chilli Boys without much success.

Macheso’s manager Tich Makahamadze announced Zaka Zaka’s return to the fold recently but expressed sadness that they could not hold a welcome back gig for the returning “prodigal son” due to lockdown restrictions imposed to curb the spread of the COVID-19 virus.

“We could have done something big because this is worth celebrating but because of the lockdown restrictions we can’t do anything. However, he will be instrumental in the upcoming album,” Makahamadze said.

“The group is working hard to put together the next album. When everything gets back to normal we will be announcing the dates of release,” he said.

Macheso also put the issue of Zaka Zaka’s return beyond doubt taking to social media to announce the development in his group.

Solo Makwevera said it was good that Macheso and Zakaria are joining forces again after his cousin spent years trying to curve a name for himself in the challenging music industry.

“If you trace back you will see that Zakaria Zakaira and Macheso worked well, their combination gave fans the best and we are happy that they are working together again,” he said.

Other followers hailed Macheso for trying to keep the original group intact arguing that this would help him maintain his dominance in the sector.

“Macheso will dominate the music industry for time because he has managed to mix current crop of guitarists and his experienced horses like Noel Nyazanda, Elton Muropa, Jonasi Kasamba and now Zaka Zaka is back,” wrote Reward Muchini.

Music enthusiast and Esteem Communication director Takemore Mazuruse said Zaka Zaka’s return was good news for Macheso’s legion of fans and would be a guarantee to exciting compositions from the group.

“This is just good news for Macheso fans and the band as well because of the blending of the young and experienced guitarists in the group. Fans are guaranteed of good musical arrangements through this development,” Mazuruse said.

Zaka Zaka also promised to do his best to contribute to the group and its fans.

“There is a time when you realise you need to make decisions for the best of your family and career. I can guarantee you that people will be entertained,” he said.

These members including Thomson Chauke, Fatiya and Samuel Mugede ditched the group after a tour of the United Kingdom while other talented musicians such as Noel Nyazanda, Obert Gomba, Innocent Mijintu and Lucky Mumiriki continued to work with the dominant Alick Macheso.

However, the tumultuous years also saw band members such as Gomba and Nyazanda joining forces with dancer Franco “Slomo” Dhaka and Kasamba to form a splinter group Extra Kwazvose that was known as “The Rebels”.

It is, however, Zaka Zaka’s return that is expected to compliment the talents of his colleagues including Nyazanda, Gomba and Kasamba who have already rejoined the band with high expectations that Orchestra Mberikwazvo would come up with solid compositions once again.